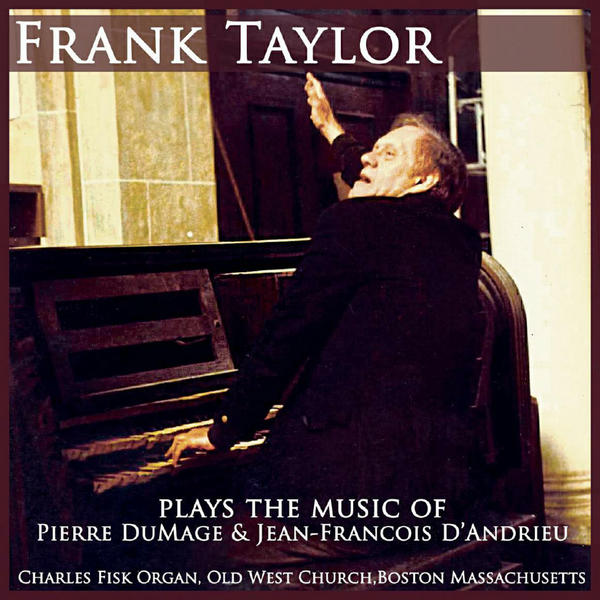 Statement by the Organ Builder:

When Melville Smith was alive, one’s chief joy in building an organ lay in the knowledge that one might hear him play upon it.  Whenever I was personally in the process of designing or voicing, the sound of his playing – his inimitable touching of the keys – was constantly in my head. Each organ was thus in some measure made for him, for his art, under his influence. Indeed, a number of our organs came into being through his direct influence: King’s Chapel, the large organ at Harvard, the small organ at Wellesley College and the organ in Newburyport; each is the result of his efforts. The organ heard in this recording, that of the Old West Church, Boston, was never known to him, yet it is perhaps the organ he would have enjoyed most.  Certainly we have tried to make it so. Many heterogeneous elements went into its construction – parts of an 1835 case made by Thomas Appleton (though the case is mostly new), a basic façade design from the 17th century English builder Bernhard Smith, new carvings by James McClellan, certain stops from various old organs, along with a great deal else that is new – and yet the conception is essentially Alsatian and is most closely related to the single Andreas Silbermann organ that Melville Smith loved above all others: Marmoutier.  The chorus scalings are Marmoutier, so are the voicing with unskived upper lips, the tin bodies and lead feet for the principalia, the Parisian style reeds - all are, as it were, appointed to please our deceased friend. How fitting it is that this recording, which sets forth the sounds of an organ made as though for Melville Smith, should be played by his most favored disciple, Frank Taylor, a person of rare musical gift, one in whom Melville Smith’s art still lives. And how appropriate that the music too should be Smith’s favorite, the stuff that he first brought to us for us to learn, and eventually to know, and finally to love as though it were our own.

Please feel free to contact us by email, phone, or using the form below.